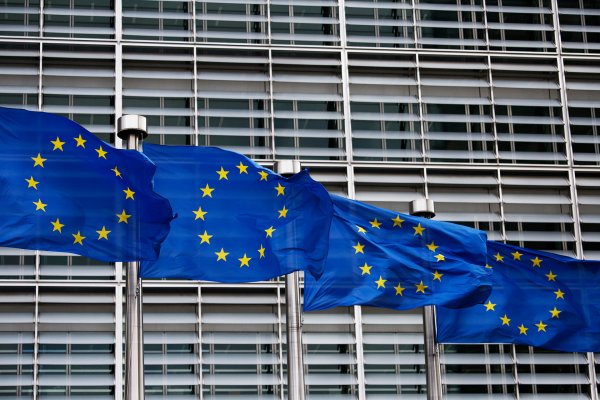 The European Union (EU) through its -primary and secondary law- rules aims to create a competitive, integrated and highly liquid energy market, fair access to it, greater consumer protection and, in general, a solid base to channel electricity and natural gas where needed.

The main objectives of EU political energy within the framework of the basic person’s freedom of movement, services and capital are established in Article 194 of the Treaty on the Functioning of the EU. (TFEU) and consist of completing the internal energy market, ensuring security of supply, interconnection of energy networks, sustainability and competitiveness. Particularly:

(a) The assurance of the Union 's energy supply consists mainly of: (i) immediate crisis response measures; (ii) the adoption of new solidarity mechanisms in favor of the weak; (iii) the strengthening of trans-European energy infrastructure; (v) the establishment of a collective foreign energy policy ("speaking with one voice"), and (vi) the following (b) and (c) objectives. Relevant acts of secondary law are the Directives on measures to ensure the supply of electricity and natural gas and on the compulsory maintenance of oil reserves.

However, it was deemed necessary to repeal the above-mentioned Regulation and adopt a newer one, the main point of which was further strengthening regional cooperation in crisis prevention and the preparation of joint emergency plans through the establishment of a solidarity mechanism between interconnected Member States (not only directly, but also via third countries) to at least ensure the supply of solidarity of protected customers. Therefore, Regulation (EU) 2017/1938 of 25th of October 2017 on security measures for the supply of natural gas was adopted.

Furthermore, in order to strengthen the Union's energy security, a mechanism for the exchange of information with the Commission on intergovernmental agreements in the field of energy between Member States and third countries was decreed via the European Parliament Decision 994/2012/EU. This decision was repealed on 2/5/2017 with the latest Decision 2017/684/EU.

b) Climate Change - Promoting energy efficiency and energy savings, the development of new and renewable energy sources (RES), the use of alternative fuels and the development of a pollution trading system. Relevant acts of secondary law are the rules on

i. Electricity production promotion by Directive (EU) 2018/2001, amends Directive 2009/28/EC and repeals it since 1/7/2020, on the basis of which a binding target for RES is set at 32% -at least- of the gross final energy consumption by 2030, with a contribution from each Member State under the consolidated national energy and climate plans,

iv. Geological storage of CO2 [Directive 2009/31/EC], establishing the legal framework for environmentally safe storage of CO2 within the territory, in the EEZs and on the continental shelf of each MS, as a contribution to the fight against climate change,

vi. Energy-efficiency [Directive 2018/2002/EU amending Directive 2012/27/EU, which repealed Directives 2004/8/EC & 2006/32/EC on 5/6/2014], which provides for at least 32.5% improvement of energy efficiency by 2030, as well as energy efficiency of buildings [Directive (EU) 2018/844], according to which the provisions of Directive 2010/31/EU are mainly amended, in order to adapt to the new technological data and further strengthen the achievement of the goal of reducing greenhouse gas emissions (given that building stock is responsible for 36% of the Union's total CO2 emissions), with an annual average renewal forecast of 3%,

vii. Governance of the Energy Union and Climate Action [European Regulation 2018/1999, repealing Regulation (EU) 525/2013 of 1/1/2021], establishing a governance mechanism for the implementation of strategies and measures achieving the Union's targets by 2030 and boosting cooperation between MS, on the basis of consolidated national energy and climate plans covering 10-year periods. This Regulation, in combination with the aforementioned RES Directives 2018/2001/EU and Energy Efficiency 2018/2002/EU, constitute the framework that is mainly known as the "Clean Energy Package".

By March 2020, adoption of the first Energy Law, to ensure the targets of climate neutrality for 2050 and the necessary policies to be achieved by the MS,
By June 2021, the framework for reducing GG emissions will be revised, i.e. Directive 2003/87/EC (ETS) to be extended to new areas, the Energy Efficiency Directive 2018/2002/EC, the Directive for the promotion of RES 2018/2001/EC, Regulations 2018/841 and 2018/842 and if necessary the Energy Law, as well as the Energy Products Taxation Directive 2003/96/EC,
By June 2020, the evaluation of the National Energy and Climate Plans (NECP) will be carried out and even more ambitious climate targets in 2030 will be pursued, in order for each MS to be reflected in the NECP in their next revision in 2023. In 2020, an evaluation will be carried out to review the regulatory framework for infrastructure, including the TEN-E Regulation, so that its forecasts are in line with climate neutrality targets and include new technologies (e.g. smart networks, CO2 storage, H2 networks etc.),
By 2021, the transport framework as defined by Directive 2014/94/EC and the TEN-T Regulation will be revised to accelerate the target of zero or low emissions from vehicles and ships.

d) The assurance of the operation (completion) of the internal energy market, which is estimated to bring about a healthy and safe investment environment that will finance the development of infrastructure and the ability for consumers to enjoy the supply of energy goods of appropriate quality and price. The integration process aims to create competitive energy markets, taking into account the specificities of each Member State (e.g. SGEIs) and security of supply requirements.

The above implementation policies for the completion of the internal energy market are being implemented gradually through successive legislative links ("energy packages") between 1998 and 2009, which to date are as follows:

►The 1st Energy Package (1998-2003), which consists mainly of Directives on common rules for the internal market in electricity and gas, established national regulators and introduced the right of third parties to free access to networks ["Third Party Access" (TPA). )] as well as the obligation of accounting and operational separation. It is noted, however, that each country was allowed to choose on its own the necessary regulatory measures and planning in terms of the operation of their markets (market design), depending on their particular structural and operational conditions. National regulators have been entrusted with both the important role of monitoring market compliance with the above principles and in particular the regulation of electricity sales tariffs. In this context, Directive 98/30/EC was adopted on natural gas.
►The 2nd energy package (2003-2009), which consists mainly of Directives on common rules for the internal market in electricity and gas and Regulations on network access conditions for cross-border exchanges in electricity and gas transmission networks, extends the results of the 1st energy package, introducing the right of free choice and easy change of the supplier, as well as the obligation of legal separation between production/supply and transport or distribution activities. In particular Directive 2003/55/EC and Regulation (EC) No 1775/2005 is issued for natural gas, which lays down technical rules for access to transmission networks as well as rules for capacity allocation and congestion management.
►The 3rd energy package (2009-present). Despite significant progress in the energy sector, there were still barriers to healthy competition in the wholesale of natural gas and electricity markets, as the markets remained largely national, with relatively limited cross-border trade and high levels of concentration. In order for the European Commission to identify obstacles to the development of competition in these markets, a sectoral inquiry ("Energy Sector Inquiry") was launched in 2005 and completed in 2007. Based on the results of the sector inquiry and to address the identified problems in the market, the 3rd energy package was adopted, which mainly includes Guidelines on common rules for the internal market of electricity and natural gas and Regulations establishing the Agency for the Cooperation of Energy Regulators (ACER), as well as the conditions for access to the network for cross-border exchanges of electricity and access to the gas transmission networks. The main changes brought about by the new package are the ownership separation of production/supply activities from transmission activities, the strengthening of the competencies and independence of regulators and the cooperation between regulators, network operators and the European Commission, as well as the strengthening of transparency in information. In particular, for natural gas, the 3rd energy package includes:
(a) Directive 2009/73/EC on common rules for the internal market in natural gas and repealing of Directive 2003/55/EC, as amended by Directive 2019/692/EU, in order to ensure that the basic rules governing the EU internal gas market apply to gas transmission systems between a Member State and a third country, up to the borders of the Member State and its territorial waters.
(b) Regulation (EC) No 715/2009 on the conditions for access to natural gas transmission networks and repealing of Regulation (EC) No 1775/2005, which also includes contractual congestion management measures and provides for the creation of a European Network of Transmission System Operators for Gas ("ENTSO-G"), and
(c) Regulation (EC) No 713/2009 on the establishment of an Agency for Cooperation of Energy Regulators, which is repealed since 4 July 2019 with the entry into force of the new Regulation (EU) 2019/942.

The aforementioned 3rd energy package is supplemented by a series of Instructions, Decisions and Regulations, as follows:

– Directive 2003/96/EC on the restructuring of the Community framework for the taxation of energy products and electricity, which is under review.
– Directive 2008/92/EC on a Community procedure for improving the transparency of gas and electricity prices for the final industrial consumer which obliges Member States to ensure that these prices and the price systems used are communicated to Eurostat twice a year.
– Regulation (EU) No 1227/2011 on Wholesale Energy Markets Integrity and Transparency (known as the "REMIT" Regulation), which gives ACER the power to monitor the wholesale markets for gas and electricity through the collection and processing of data on transactions in these markets, as well as the power to investigate possible abusive practices in those markets and to coordinate the imposition of appropriate sanctions for infringements of the provisions of the Regulation, the responsibility for which is imposed by the regulatory authorities of the Member States. This Regulation has been supplemented by the provisions of Implementing Regulation (EU) No 1348/2014, which specifies how the data are reported for the application of Article 8 par. 2 and 6 of the REMIT Regulation [for more information on REMIT requirements see relevant section of the Regulatory Framework].
– Commission Decision 2010/685/EU amending Chapter 3 of Annex I (EC) of No 715/2009, concerning the technical information to be received by users of natural gas transmission systems for their effective access to them.
– Commission Decision 2012/490/EU amending Annex I of Regulation (EC) of No 715/2009 on congestion management procedures for natural gas transmission networks (CMPs) in force since September 2012, as supplemented by No 2015/715 Commission Decision.
– Regulation (EC) No 984/2013 laying down a network code relating to capacity allocation mechanisms for gas transmission systems and supplementing Regulation (EC) No 715/2009, which was replaced by Regulation 2017/459/EU (CAM) in force since April 2017.
– Regulation (EU) No 312/2014 on the establishment of a network code regarding the balancing of natural gas in the transmission networks (BAL), applicable since 1/10/2015.
– Regulation (EU) No 703/2015 establishing a network code concerning rules for interoperability and data exchange, applicable since 1/5/2016.
– Regulation 2017/460/EU on the establishment of a network code on the harmonized structure of gas transport tariffs (TAR), all the provisions of which apply since 31/5/2019.