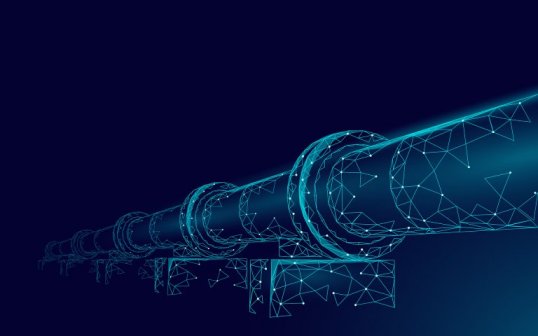 DEPA INTERNATIONAL PROJECTS, was established in May 2020. Its establishment follows the adoption of Law 4643/2019, which amended Law 4001/2001 and provided that DEPA S.A would transfer its participation in international projects through a spin-off to a new legal entity.

Apart from taking over DEPA’s existing projects, the new Company activities includes the development, construction and/or management of interconnection infrastructure linking Greece with neighboring countries, in various forms of energy including natural gas.

In line with the need to move to cleaner forms of energy, the new Company will not be involved with projects related to crude oil and petroleum products and will look at also promoting biogas, hydrogen and storage projects including in partnership with strategic European and international partners.

The Company will also work towards promoting the role of Greece in the growing regional energy market and as an energy hub. Towards this, it will provide consulting services both at home and abroad to transfer its expertise in energy including in the engineering, management and regulatory sectors. Moreover, it is in the process of developing strategic relations with European and international partners, including investors and producers, in order to ensure the viability of its projects as well as the region’s security of supply needs backed by a diverse portfolio of sources.

The Company has taken over the projects promoted by DEPA through its participation in IGI Poseidon SA, in which Edison holds a 50% share. The projects in questions are the EastMed and Poseidon pipelines as well as the Greek-Bulgarian IGB pipeline interconnector, promoted by IGI Poseidon together with the Bulgarian Energy Holding (BEH) in a specially established Joint Venture. DEPA INTERNATIONAL PROJECTS is especially pleased that each of its projects is recognized as EU Projects of Common Interest (PCI).

The Interconnector Greece-Bulgaria Project (IGB), promoted by the Sofia based ICGB AD Company (50% IGI-POSEIDON - 50% BEH EAD), consists of an approximately 182 km long pipeline (of which about 31 km are located within Greece), and accompanying facilities.

Extending from Komotini to Stara Zagora, the IGB connects the natural gas systems of Greece and Bulgaria. It transports diversified sources, including LNG via Greece and gas from the Caspian region through a connection with the Trans Adriatic Pipeline (TAP). The project is planned to accommodate security of supply needs with a physical reverse flow feature and potential to expand from its initial 3 BCM/y up to 5BCM. It promotes regional connectivity and constitutes the starting point of a chain of projects that form a Vertical Corridor, connecting networks from Greece, through the Balkans and right up to the Ukraine. Construction of the project is underway and first gas is expected by July 2021.

The Eastern Mediterranean (EastMed) interconnector, which has a length of approximately 1,900 km, and a planned initial capacity of 10 cubic meters annually will transport natural gas from the Eastern Mediterranean to the European Natural Gas System, via Cyprus and Greece and, through a connection with the offshore Poseidon pipeline on the Greek Ionian coast, through to Italy and the European continent. It is the most mature option for the transport of gas from the East Mediterranean and will enhance European energy security by providing markets with additional sources of diversified gas from a completely new route.

The EastMed is being developed by IGI POSEIDON SA and its Shareholders on a fast track basis with the objective of completing the studies necessary for a Final Investment Decision (FID) within 2-3 years. Accordingly, the studies that are key to enabling the project to reach its next development stage are currently being carried out with the support of EU CO-FUNDING. These include the FEED for the onshore, offshore and facilities, the Environmental Impact Study (EIA), and the Detailed Marine Survey while the tender for the Engineering, Procurement, Installation and pre-Commissioning activities for the offshore sections of EastMed Pipeline Project is underway.

The POSEIDON pipeline, with an initial capacity of 12 cubic meters per year and the possibility of expansion to 20 cubic meters per year, consists of a 760 km long mainland section, crossing the Greek mainland through to the country’s Ionian shore at Thesprotia, and a 210 km offshore section which reaches Otranto to connect to the Italian gas network. The Poseidon offshore is an integral part of the EastMed pipeline and through the connection at Thesprotia, will enable the flow of natural gas from the East Mediterranean region to Italy and other parts of the European continent. It is a mature project that has already obtained the overall majority of its permitting licenses, while its development schedule is aligned with the EastMed pipeline.